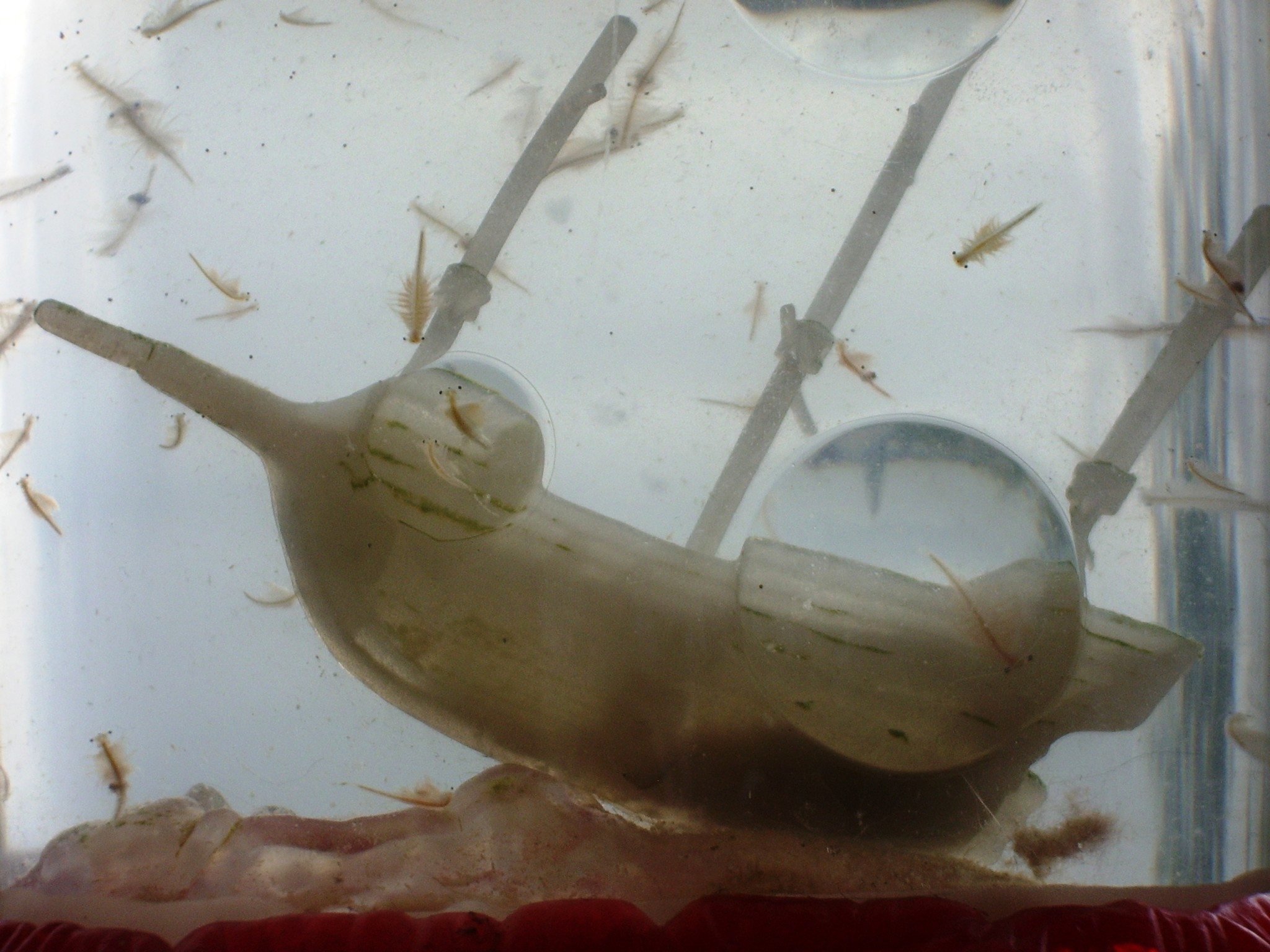 A very important day is coming up quickly that most people may not know about. May 16th is National Sea Monkey Day. Don’t be embarrassed if you’ve let the day slip by without celebrating in the past. You aren’t the only one. Take the time this year to really appreciate this delightful little creature. You can start with learning a few facts about the popular little Sea Monkey.

Contrary to what most kids want for a pet, Sea Monkeys aren’t really monkeys at all. They are a type of crustacean called brine shrimp. They got their name from the way their tail “resembles” a monkey tail and, of course, their salt water habitat. They have a very short life span – anywhere from a few days up to a month or two.

Sea Monkeys are actually a hybrid breed called Artemia NYOS that was invented by Harold von Braunhut in 1957. He invested in over 3 million pages of comic book advertising each year in the 1960s and early 1970s with illustrations of a humanoid animal family that look nothing like brine shrimp. In spite of the false advertising, Sea Monkeys became a pop culture phenomenon and remain popular today.

How To Start a Colony of Sea Monkeys

Sea Monkeys are sold in a cryptobiosis form. This means that they are in a state of suspended animation until they are basically revived by adding water. They come with 3 basic packets. The first packet conditions simple tap water with salt, water conditioner, and some brine shrimp eggs. The second pack is added 24 hours later and contains soda, salt, yeast, borax, food (spirulina), more eggs, and a dye that makes them easier to spot. The 3rd packet contains yeast and more spirulina, which is the food to be added every few days.

Sea Monkeys really are amazing little creatures. They survived a trip into space with John Glenn in 1998. He took them with him on the Discovery for 9 days and when they returned, the sea monkeys hatched with no apparent ill effects. They have inspired a video game and a television show, neither of which were as popular as the little Sea Monkeys themselves.

Sea Monkeys are translucent and breath through their featherly little feet. They are borne with just 1 eye and develop 2 more as they mature. Male Sea Monkeys have whiskers under chins but females do not.

Advantages to Sea Monkeys as pets:

Sea Monkeys might seem a little boring, and it is harder to form an attachment to an animal that doesn’t acknowledge your existence. However, they can still be fun to interact with. Start your colony early (but not too early), so you can play with them on May 16. Sea Monkeys are attracted to light. They will follow the beam from a flashlight. They are also known to follow your finger if you run it along the outside of their fishtank. Take your Sea Monkeys to work with you in a “wrist aquarium”.

Sea Monkeys may have started out as a toy/pet gimmick marketed toward children. However, there is a science lesson behind the toy aspect. Children can learn about cryptobiosis and about brine shrimp in general. And anything that helps children and adults develop an appreciation for wildlife, large or small, is a good thing!

How to Socialize Your Puppy