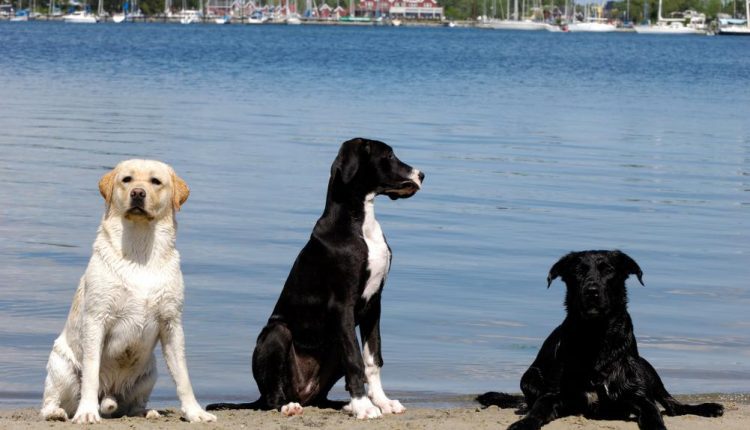 Pack Mentality – Is Your Dog a Leader Or a Follower?

You feel like your dog is too dominant or submissive? You are missing out on something really important.  From the day a dog is born, it starts trying to understand its position in the pack. A pack of dogs includes a leader and its followers.  Dog Behaviorist, Cesar Millan, in his fifth natural dog law said, “Dogs are social pack animal with a leader and followers.”  A pack means a group of dogs living together, trying to either lead or follow. The dogs in a pack eventually understand or grow into their role and then stick to it forever.  This pack mentality is what drives your dog’s behavior.

Almost from the time when a litter is given birth, pack mentality can be determined. Dogs who are leaders tend to get more milk. They make their way to the mother pushing the rest of the puppies in the litter behind.  On the contrary, dogs that are being pushed behind are the followers who are submissive and are not as aggressive.  In other words, the leader in a pack is the one with the go-getter attitude and is capable of ruling all the rest.

Pack Mentality and the Pack Design

There are traditionally three positions in a pack, alpha, beta, and omega.  The pack leaders are called alpha and they stay in the front trying to rule the whole pack. Alphas are usually a couple of dogs i.e. a male and a female.  Betas are the rear ones and keep an eye on any danger that might risk the pack. The ones in the middle are called omega and their role is to mediate between the alpha and beta.  In case of pet dogs, all pet owners are the pack leaders. If you have more than one dog, you have two packs. One includes the humans and dogs both and the other one includes the dogs only.  In the first one, the owner is the alpha, whereas, in the second one, one of the dogs or a dog couple is the alpha.

There are several indications that help determine the position of a dog in its pack.  Dogs make their position in a pack themselves and you can never alter those places. You should also be careful about treating all in the pack the same way, because the hierarchical idea does not suggest that the omega should get lesser attention or fewer treats than the alpha – the alpha is just supposed to go after it more itself.

A submissive dog, however, is a follower and tends to follow the leaders.  It will walk behind the leader, take whatever place it gets to sleep, won’t maintain eye contact with humans or animals, give full attention to other dogs, and can urinate a little when excited.  You do not need to worry about the followers getting milk in the end or being the last ones in everything, because that’s how they are destined to be.

Alpha, beta or omega – what is the position of your dog in its pack?