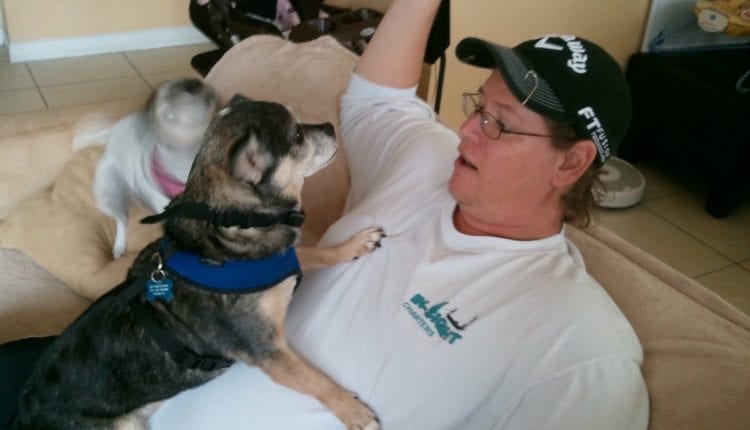 I will miss Buster forever...

I don’t want to be sad, because my thoughts are happy. Unfortunately, it is not that simple to just say it. Even during this new reality that COVID-19 has produced, I am happy. For me isolation allows me to spend more time with my family. I am able to be involved with the kids school work.

This is for my fellow geek friends, because they will understand. I put all of my kids in Slack and created a Kan ban board of their assignments. Who knew Agile methods could be applied to doing homework.

I went through the stages of grief, but I don’t remember anger.  I feel that subconsciously my anger was manifesting in my inability to care about writing.  I’m done being frozen in time and unable to write,  I had a few things recently give me the desire to write again.

I haven’t written in a while. I couldn’t make it through the first paragraph without crying. It didn’t matter what the post was about. I could have been writing about turtles. 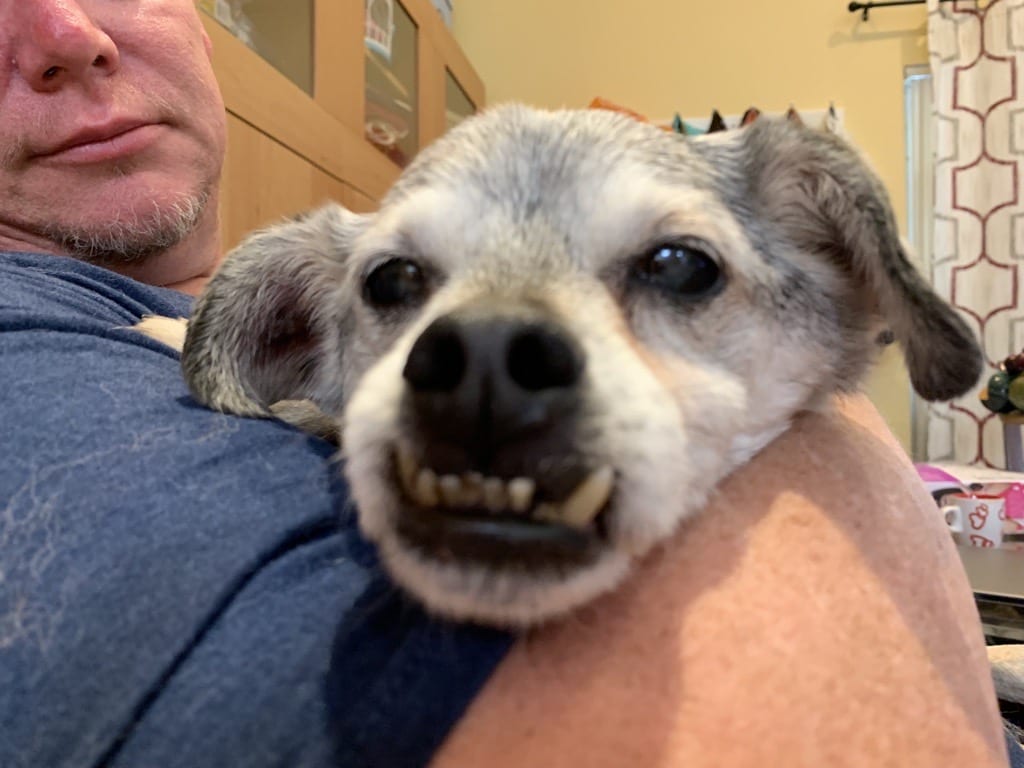 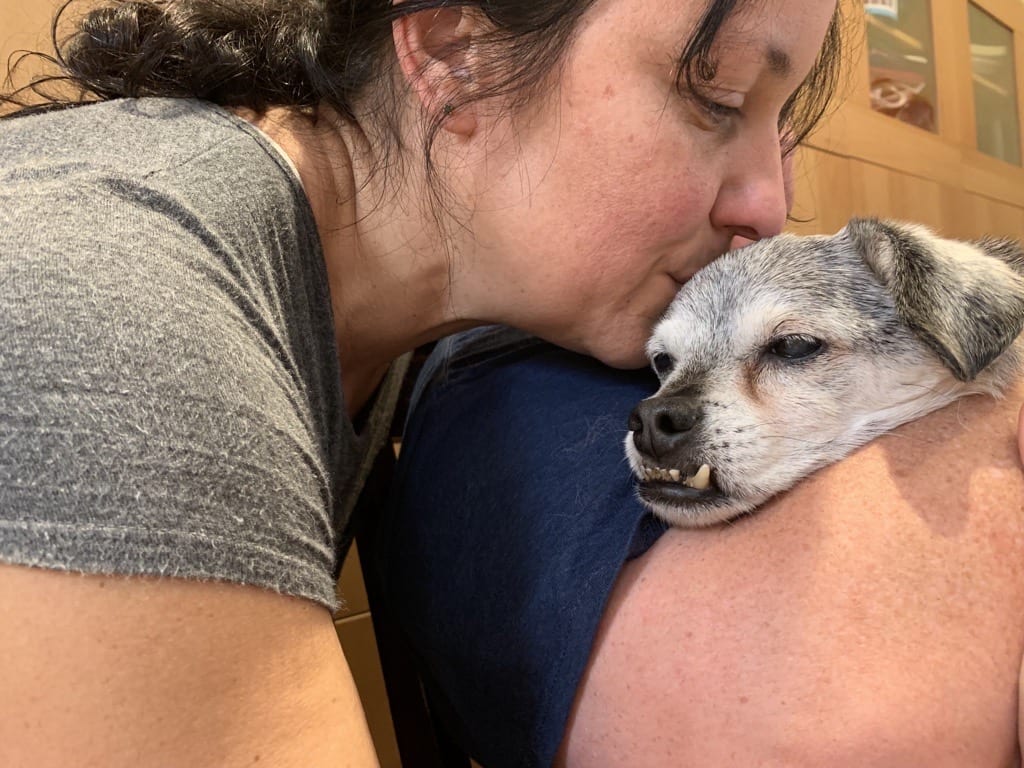 Blogging After Loss (Getting Past The First Paragraph)

In April of last year, I had to say goodbye to Buster. You can find articles and posts about Buster on my twitter and Facebook pages. I loved that dog. Buster was 19 years old, and I had him his whole life.  He was there for Megan’s whole life as well.  He had become her dog along the way.

It was 2:30 AM in the morning when I heard him whining. I had never seen him in so much pain. I am usually pretty level headed, but I wasn’t prepared for this event. I am so lucky to have Leticia in my life. She helped me through the next 12 hours. I didn’t know what to do, or at least I kept telling myself that little lie, that he would be okay. I wanted him to be okay.

He lived a great life. I didn’t want it to be over. I think I gave him a good life? I know I did. Buster had his own personal dog walker for years. He traveled. He loved being in cars. His first long road trip was from Florida to Texas. He was blessed to have kids in his life.

The kids came later, but they came. They came with toys, treats, and love, and hugs. So many hugs.And popcorn, yes popcorn… My kids mean the world to me, but they also meant the world to Buster. He had already begun slowing down, that is until there were kids in his life. He started acting like a puppy again. I didn’t want to think that, I would have to tell my little 8 year old that we would be letting Buster go. It was too much for me in that moment.

Leti took the kids to school after they all said goodbye to Buster for the last time. We found a vet that made house calls for this type of situation. While we waited Buster seemed to be getting better. He wasn’t, no matter how much I willed it. I thought it anyways. We know how the rest of this story goes. I will say the following. I will miss Buster forever, but more importantly, I will carry the joy and happiness he brought to my life forever as well. 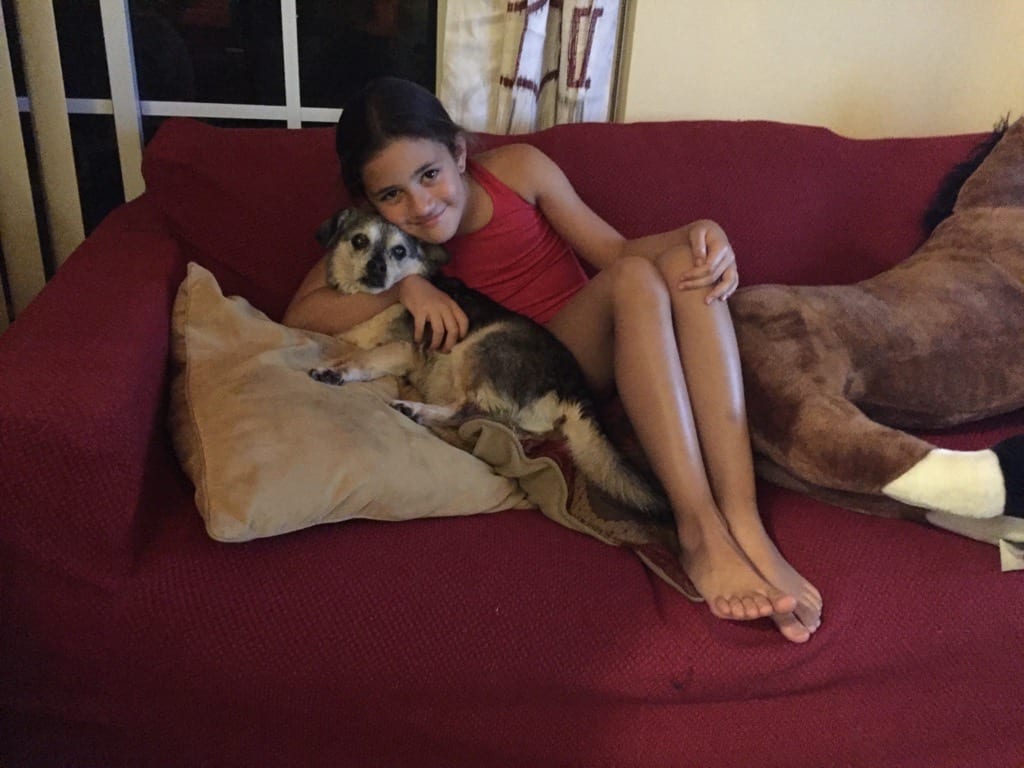 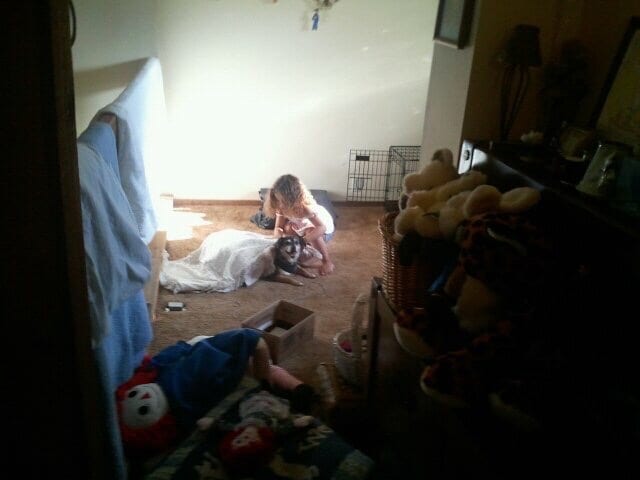 What do you mean, no pets?

Our house is referred to as “the zoo.” We have a hard time saying no to pets. I did have a hard time after Buster. I am a little ashamed, that I moved a good amount of the pet responsibilities to Megan and Margaret. I used to spend an hour every day taking care of the pets. I started to build that wall of defense up, in hopes that I would not have to loose another pet.  Well, the not wanting to think about pets really put a cramp in my ability to write.  It is hard to be passionate about a subject when you are hiding from it.  My love for pets is what made me want to write.  Without it, anything I might write would be empty husks of meaning.

Just Before Isolation Due to COVID-19

A few days before isolation began, we had an amazing occurrence that I believe is the only reason I am writing this post today.  In a cruel real world scenario, a little kitten was birthed in a flower pot in my front yard.  That in itself is not cruel.  Its pretty darn cool, but the birth happened right when my daughters and several of their dance team friends drove into the driveway, scaring off the mother cat. After 6 hours, the mother cat did not come back.  Unfortunately for the newborn kitten, the night was a cold one and the poor kitten would not make it through the night.

I was not aware of the kittens existence throughout the six hours.  No one told me.  I was finally told when the dance team friends were leaving for the night.  My daughter tells me that “Mom, wants me to save the kitten.”  I was perplexed and confused until she dragged me to the front yard.

Once outside, I saw the kitten in the bottom of a big clay pot. The kitten was in a messy, muddy, altogether unseemly predicament.  It was gross, to be kind.  Mud, blood and afterbirth.  Unfortunately, it was starting to get cold and the Mom was not coming back.  Given our propensity for keeping animals, I had everything needed to care for the kitten.  This article is not about that, so I will save that story for another time. 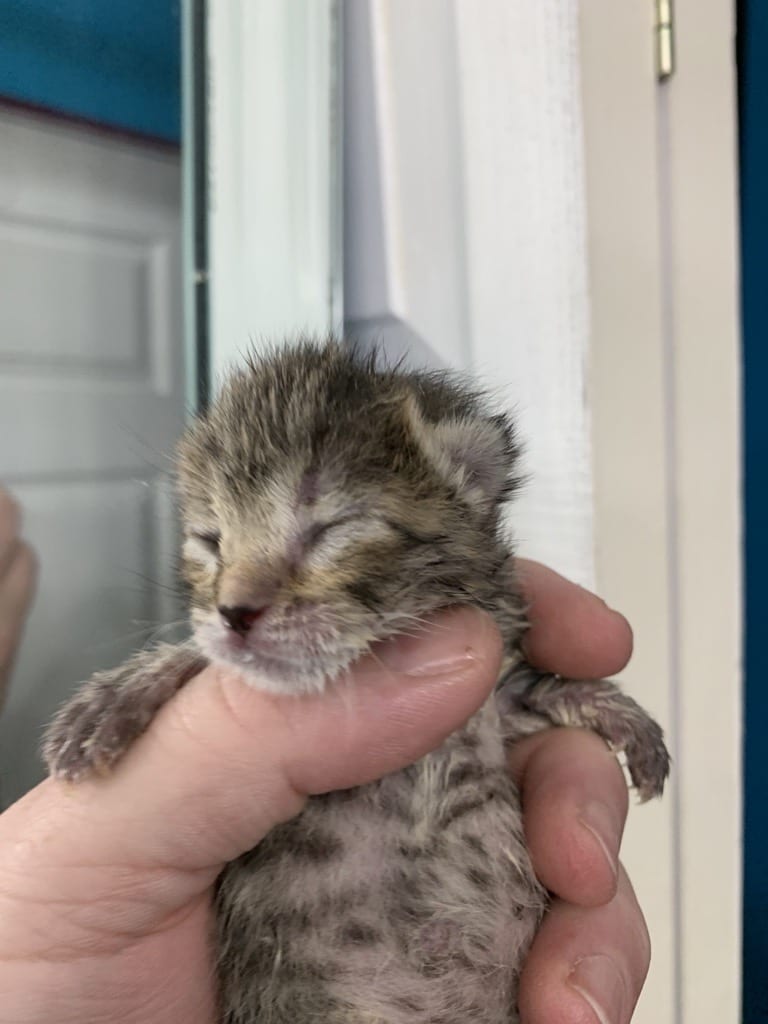 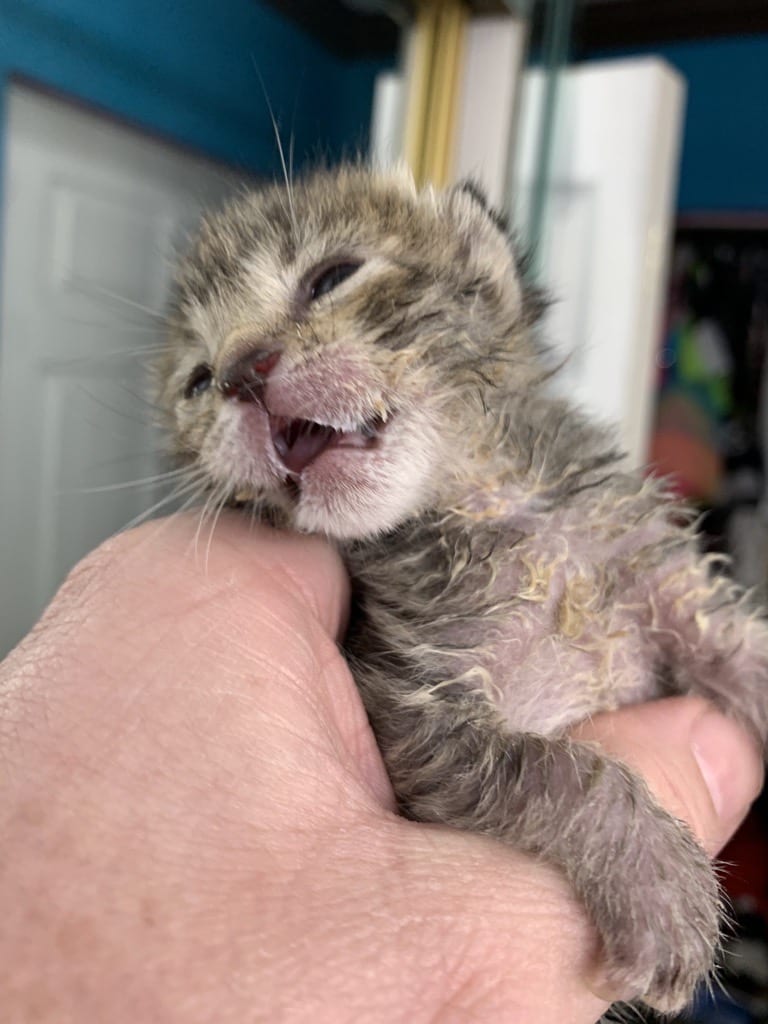 I can’t emphasize enough how many times, I said “No. We are not keeping him.”  I was serious when I said it.  My intentions were to be crystal clear from the beginning with my daughters.  The answer is no.

By the way, it is the exact same scenario to take care of a newborn kitten as it is to take care of a human baby.  You have to feed it every 2 hours.  This is a cosmic joke played on me.  For the next two weeks, I made up my missed morning hours of taking care of the pets.

Neither Leticia nor I got any sleep the first three weeks.  During the first two weeks, I was firmly in the “No New Cat Camp.”  I made one massivel fatal mistake in the second week.  I named him Simba.  I have always let the kids name the pets.  Cutie would still be Everton, if I had any say in the naming.  Yes, I am a huge Lion King fan.  I will watch Lion king over and over again.  One morning I was holding him up, and he looked exactly like Simba being held up for all to see in the movie.  This was the first crack in the “Wall of No Pets” I had been building the last year. 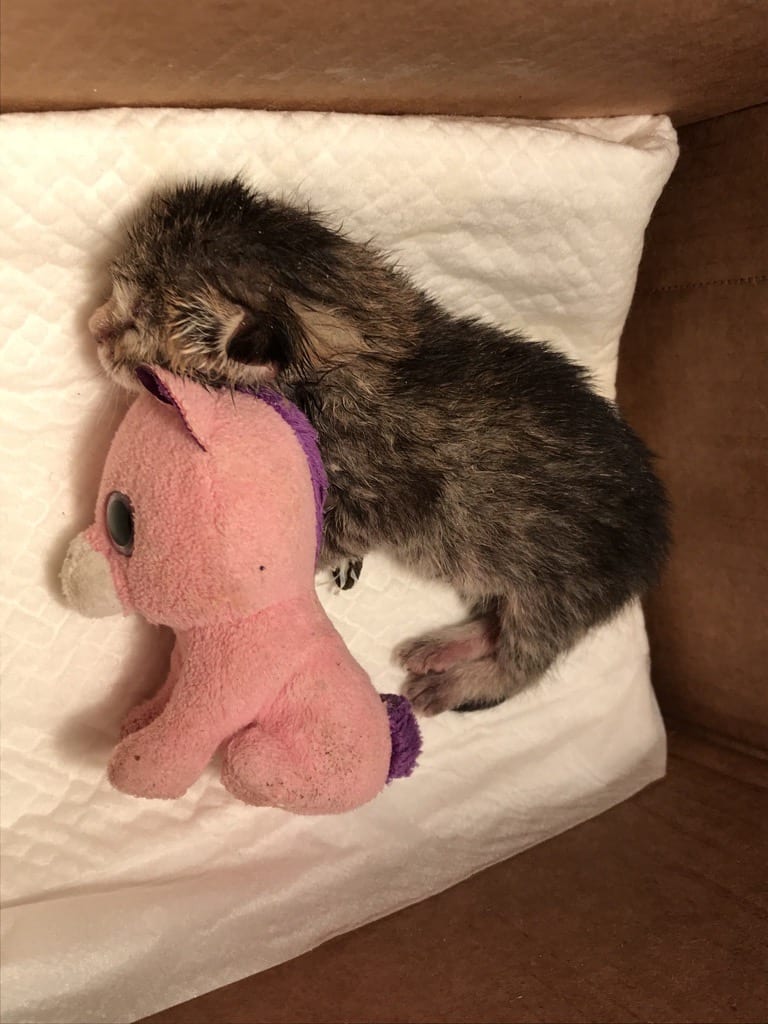 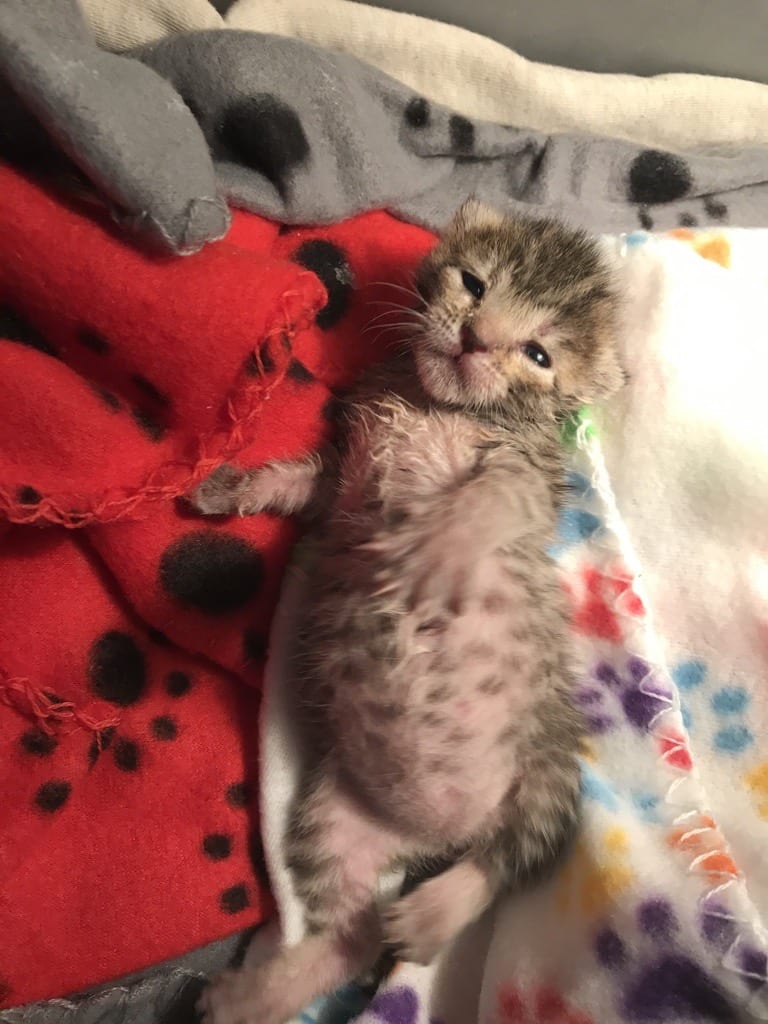 Did Our World Change? (Holy crap this is scary!)

The world can be a scary place without COVID-19.  Now I have to explain to our kids that they have to be isolated because of a virus. It causes a disease, that might kill you.  I like to tell my kids things that will motivate them to be good people.  Now I am explaining why it is important to stay inside and be isolated.  I have to tell them that people going outside breaking isolation are being selfish and not thinking of the people around them.  I’m not talking about people that have reasons to be out. I’m talking about the people that ignore the impact on the people and resources around them.  Okay, that was my queue to limit the amount of time I watched news.  Daily briefings with Trump were not making me feel any safer.

Isolation has given me some clarity on the important things in life.  Megan turned 9 during isolation.  We sang happy birthday to her while the Grandparents and Uncle Mike participated via WebEx.  We have a lot to be happy about.  Family provided me clarity, and part of that clarity was provided by a new family member. 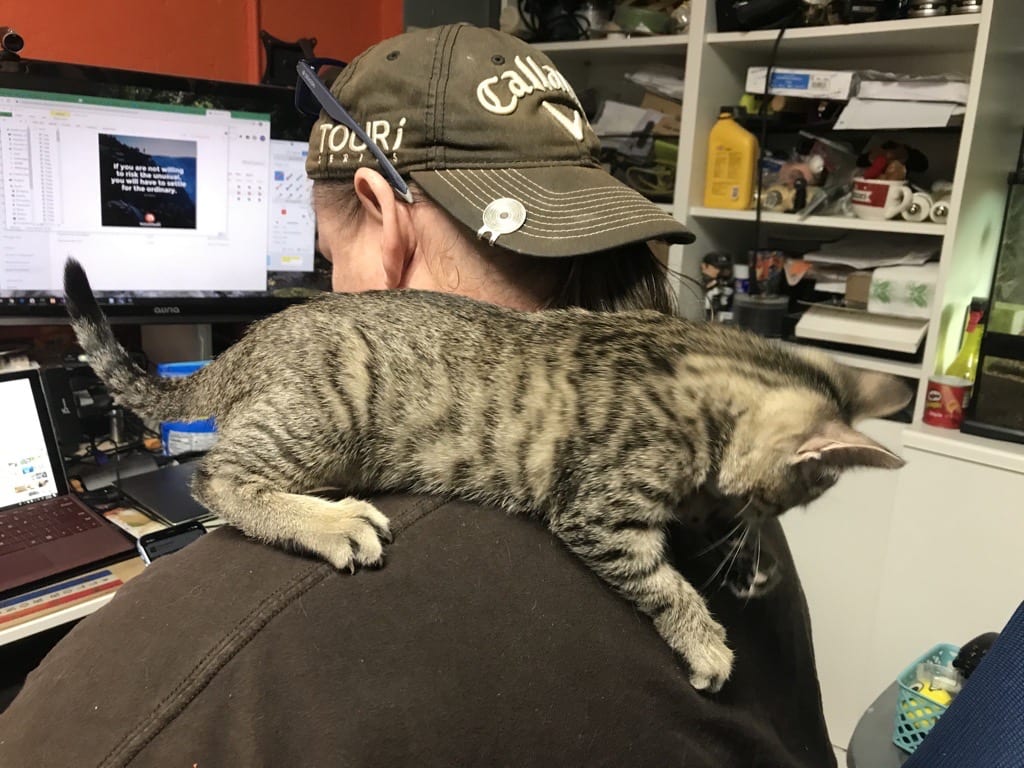 Hello Nala.  Welcome to the Family!

Nala has saved me from isolation blues, and she gave me a reason to blog again.  Nala is the kitten from above, both heaven sent and in the writing above.  We named her Simba, but eventually had to change it to Nala for obvious reasons.  Who knew it was so hard to tell the sex of a kitten?  We haven’t taken her to her first vet visit yet.  Hopefully we don’t have to change the name again.  That would be embarrassing.  Kittens have three purposes while they are kittens.  They need to always look cute, do amazing things, and play.  Nala has all of that, with an over abundance of confidence.

Every morning Nala joins me in the office and sits on my shoulder.  I have formed a bond with her, that I thought I was going to avoid, or rather was trying to avoid.  My family has been taking pictures and video the last 12 weeks and I will begin to post again.

I will never stop missing Buster, but it is good to know I can love another pet, and still honor the pets I have had. 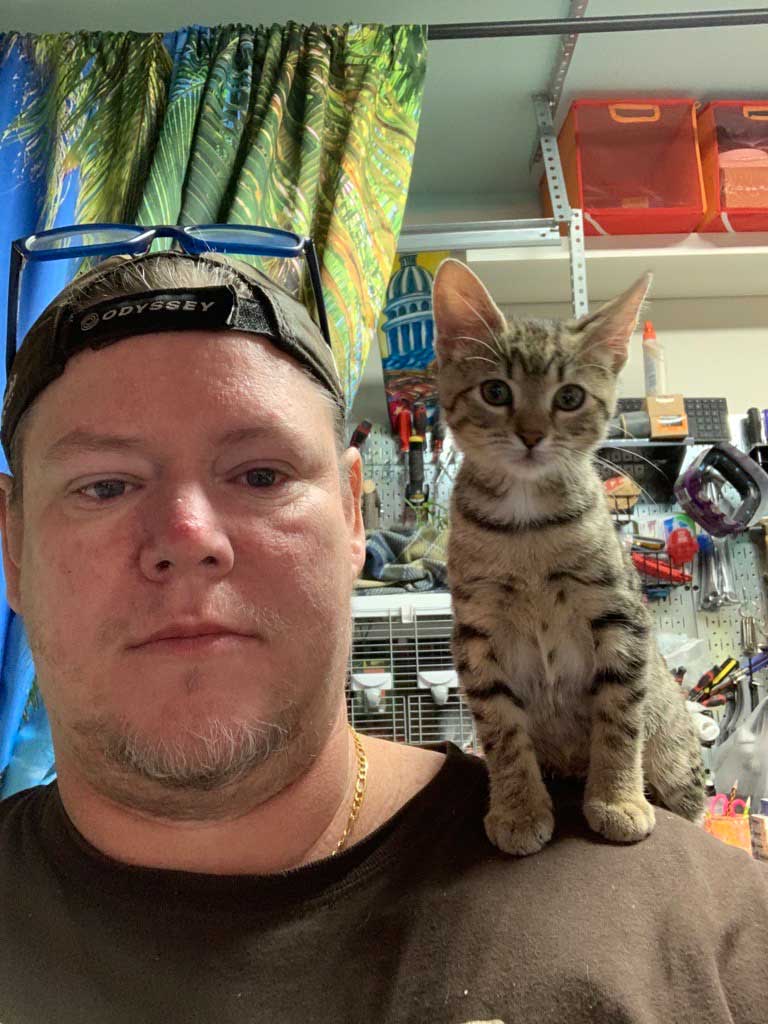