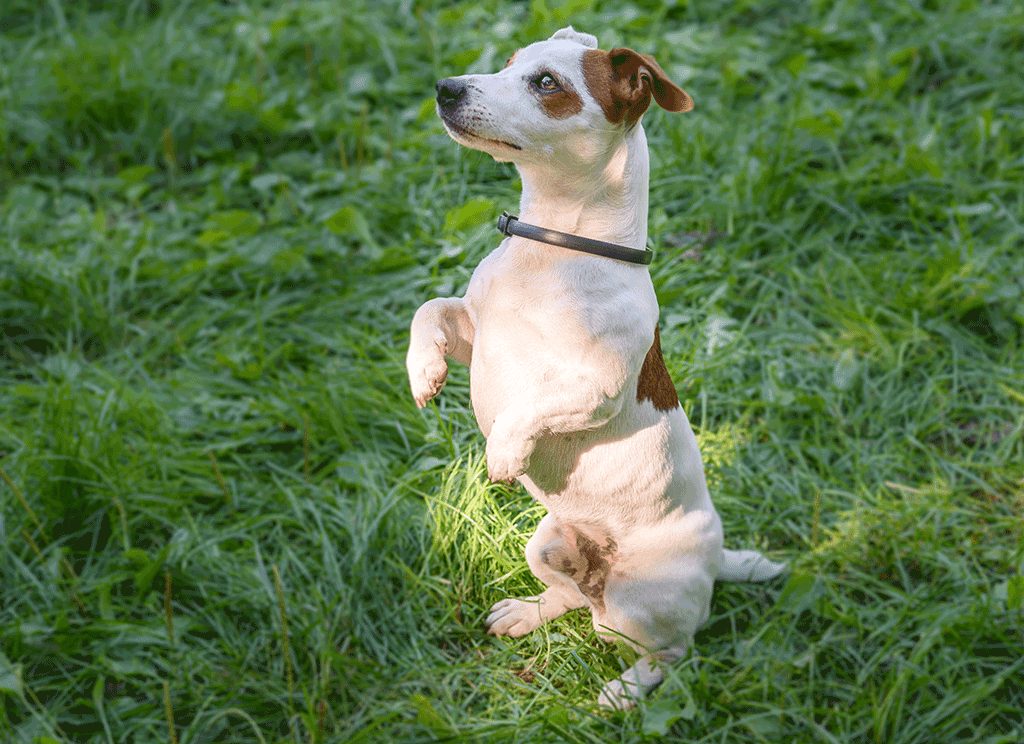 ‘Sit Up’ Buddy: Training Your Dog To Sit Like You

The trick of “sitting up” is easily taught to small dogs, but should not be included in a big dog’s education, as it is difficult for them to preserve their balance.

The training of sitting up is one of the first tricks to teach and forms the groundwork for many other dog tricks. To train a dog to sit up, prepare some treats as a reward, and set your dog on his haunches in a corner, so that he cannot fall either backward or sideways and has very little or no space to lose balance.

Keep him from pitching forward by holding one hand under his chin and with the other hand hold the treat above his nose and keep repeating distinctly and deliberately say, “sit up.” Do not make him sit up too long at any one time, but repeat the lesson frequently and reward him often with plentiful of praise and treats.

During his first lesson he will require considerable assistance from your hand to prevent him from pitching forward, but as he gets control of the balancing muscles and understands what you want, he will depend less and less upon your hand to keep him in position and you can gradually render him less assistance until you will only have to keep one hand in position two or three inches from his neck or chin, so as to be ready to prevent him pitching forward; later on you can withdraw this hand entirely and simply hold the treat just above the level of his head.

By constant practice he will sit up well after you set him up; then he should be set up against the wall, so as to afford him a support for his back only, and after he has been well schooled at this and can keep his position easily, practice him against chair legs, cushions or other objects that afford him less and less assistance, until finally he learns to preserve his balance and sits up without anything to lean against.

During all these lessons the words “sit up” have been impressed upon his mind by frequent repetition, and now comes the final lesson to teach him to sit up as soon as he hears the words, and the chances are, if he has been diligently drilled, it will be necessary only to call him out in the room, show him a treat, hold it up a suitable distance from the floor, say “sit up” and he will do so, when he should be given the treat while still in position.

The only necessity to perfection is to practice him several times a day until he will sit up at the word and without being shown a reward; that can be given him after he has obeyed.

You have now a foundation for many other tricks. He can be taught to beg by moving your hand up and down just in front of his paws, which he will move in unison with yours. He can also be taught to salute by bringing one paw up to the side of his head, or to hold a wooden pipe in his mouth, or to wear a cap on his head or other articles of wearing apparel.

In teaching a dog to submit to being dressed up, do not attempt to get him to wear too many things at once; try him at first with a cap and after he becomes accustomed to that you can put on a coat and gradually accustom him to the other clothing articles.

Enjoy teaching your dog the “sit up” trick and most importantly have fun along the way!

Free advertising for your Pet Service or Product business!