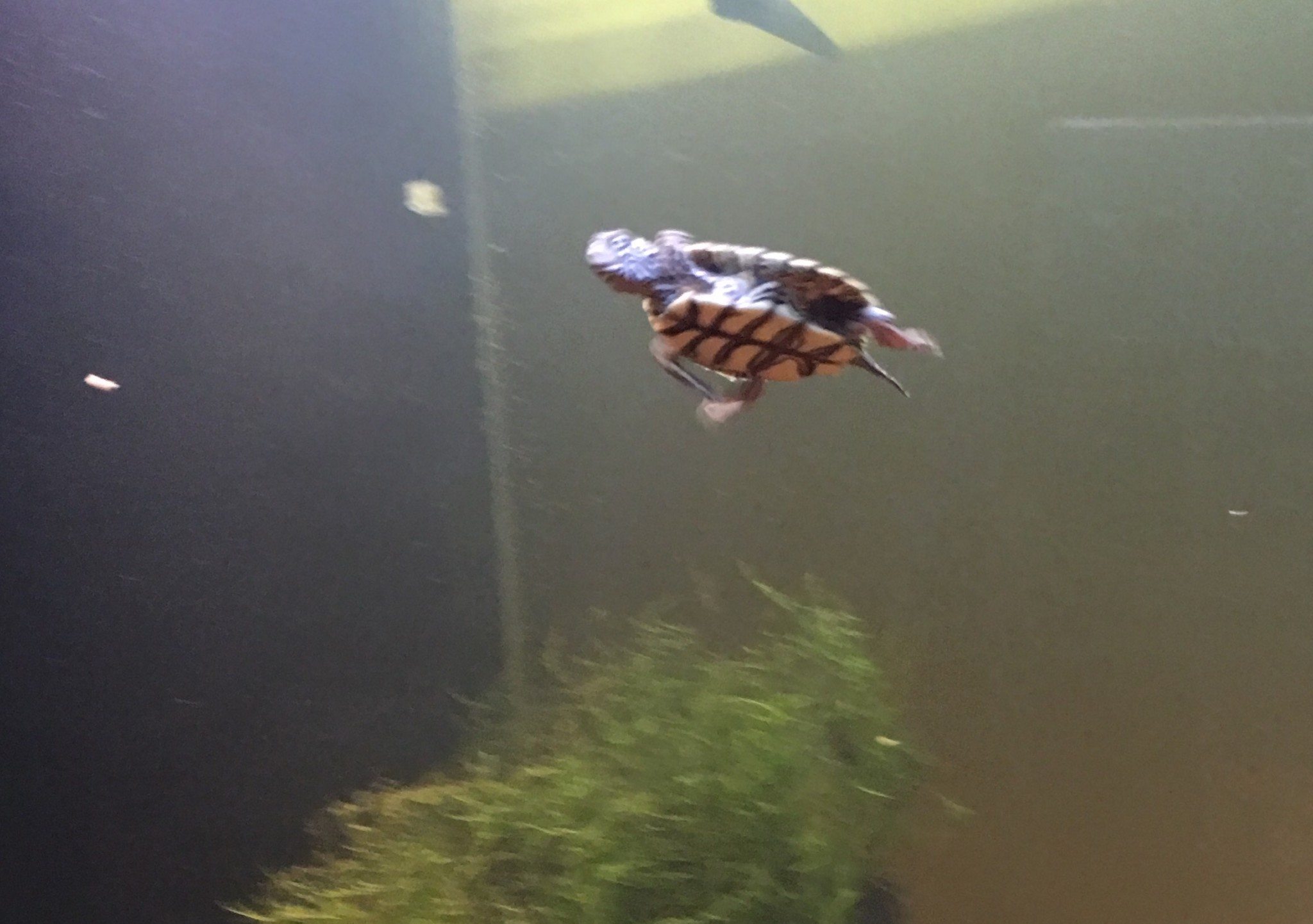 If you’re now the owner of an aquatic turtle you’ve probably read up on how to care for and what to expect from your new pet. But it’s a good thing to have a refresher. Here’s a care checklist:

Like any reptile, the turtle is cold-blooded, which means its body temperature corresponds, somewhat, to its environment. Most turtles like their water to be around 80 degrees Fahrenheit or maybe a few degrees less. They like where they bask to be even warmer. The basking spot should be about 90 degrees F. However, don’t put the tank in direct sunlight, for that will make the environment too hot even for a reptile. On the other hand, taking your little friend out to sunbathe for a few minutes a few times a week is good for their bones.

Make sure there’s a place to haul out.

Depending on the species, turtles may spend a lot of time in the water. Still, they breathe air, and they get tired of paddling around eventually. To that end, they need a place to haul out and bask or rest. That may mean a floating platform in the water itself,r a beach made of gravel or a piece of driftwood.

Unlike other reptiles, turtles are messy eaters. They do not swallow their food whole like snakes and don’t have teeth to grip their food like lizards. They have toothless beaks that make tearing and swallowing their food a bit inefficient. Bits of food combined with their waste will make the water insalubrious fairly quickly, even if the tank has a powerful filter. Be prepared to change the water at least once a week for an adult and every day for a hatchling.

Keep only one of the same species at a time.

Despite all those charming photos of wild turtles basking together on a log in the wild, turtles are not sociable, especially not with members of their own species. They fight, and those beaks can cause serious injury. If you’re worried that your turtle is going to be lonely, get one of a different species and a species different enough so that the first one doesn’t mistake it for one of its own kind.

Baby turtles need to be fed as much as twice a day, but once a day or even every other day should do for a grown-up.

Another item on the checklist is a good amount of calcium.

Calcium deficiency, or hypocalcaemia is common among in reptiles kept as pets. A hatchling that’s calcium deficient often has a deformed shell and a curvature of the spine. The shell may also be soft. Other signs and symptoms of calcium deficiency are an animal who won’t eat and is sluggish. If your pet is pregnant, she won’t be able to lay her eggs, which is life-threatening. Take her to the vet right away. The best way to make sure your pet gets their RDA of calcium is to give it a mixed diet and investing in an ultraviolet light source. This makes sure the animal gets the normal amount of vitamin D, for vitamin D and calcium work together in the body.