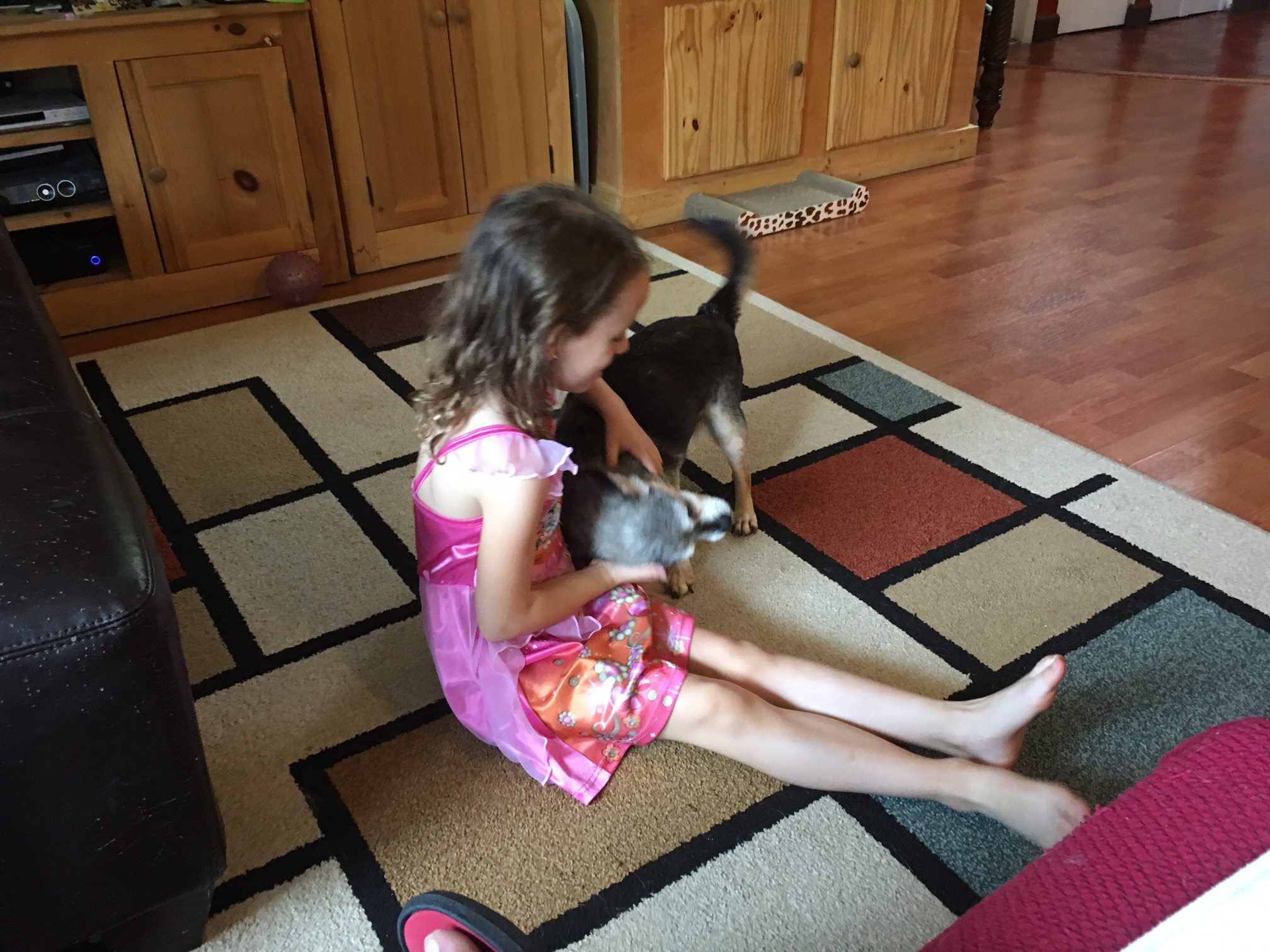 Turns Out That Buster Was Only Tired Of Me!

I talk about Buster a lot in my everyday, because he has been my dog for 16 years. He was looking pretty old and worn down about 7 years ago. I was worried then about his health. Turns out he was only tired of me. When the kids, Alex and Margaret, came into the picture he and Bonnie began to play like a puppies again. But for Buster, he really came to life around Megan!

Megan and Buster 4 Years Back!

Buster may have grown up with me, but Megan grew up with Buster! With Megan, Buster became responsive and playful again. After this video, we did call him Bubah for awhile.

I know most people think a boy and his dog, but this is just too cute. He can’t jump and run like he used to do. He does however run for about two throws of the toy for Megan.

Megan Teaching Buster to Sit For Her!

Buster is deaf, but we still talk to him. A leftover from when we thought he could hear or did hear. Megan is learning to give him treats to make him sit.

Every Vet Visit is Scary

Every time we take Buster to the veterinarian, we have to wait for the doc to call us later in the day with the results of his tests. I don’t know what we are going to do when the tests come back with something serious, but we will continue to have as much fun with him before that time comes.

Barney the “Piano Player” formerly known as Barney the Cat

Ten Tips for Travelling with Your Dog

Cat Wants to Get a Better Look at Turtles