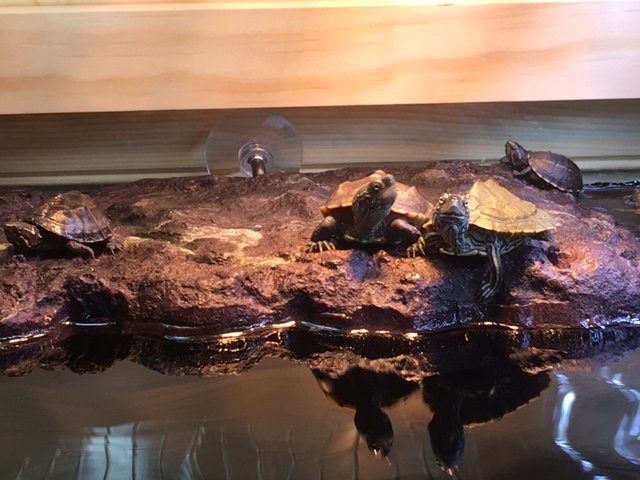 First The Sump and Filters

My first challenge was making sure the sump would fit under the stand. The aquarium is 24 inches by 24 inches. The sump is 20 inches by 20 inches. I wanted the stand to be the same size as the aquarium leaving me with a few structural design points. Ho do I reinforce the legs without an inner square to hold the shape. The answer was metal plates used to fasten pieces together. This left me with approximately 1 in to slide the sump under the tank. My second challenge was to make the tank as short as possible. I left roughly 6 inches of space between the top of the sump and the bottom of aquarium. I do not suggest this to anyone. Plumbing the tank was a nightmare with the space I left myself.

Second We Fill the Aquarium

The aquarium stand is not finished, but I can apply the trim even after the tank has been filled. I really wanted to give the turtles a larger space. I didn’t like them being cramped in the little enclosure. Enjoy the pictures, and I will post more once we start building the canopy.

We added the turtles, and you could tell they had never been able to dive that deep before. I had to adjust the return nozzles to allow for the turtles not to be pulled down into the aquarium. I knew this might be a problem since I had doubted the turtles had to swim this much before. They are quite impressive and seem to like their new home.