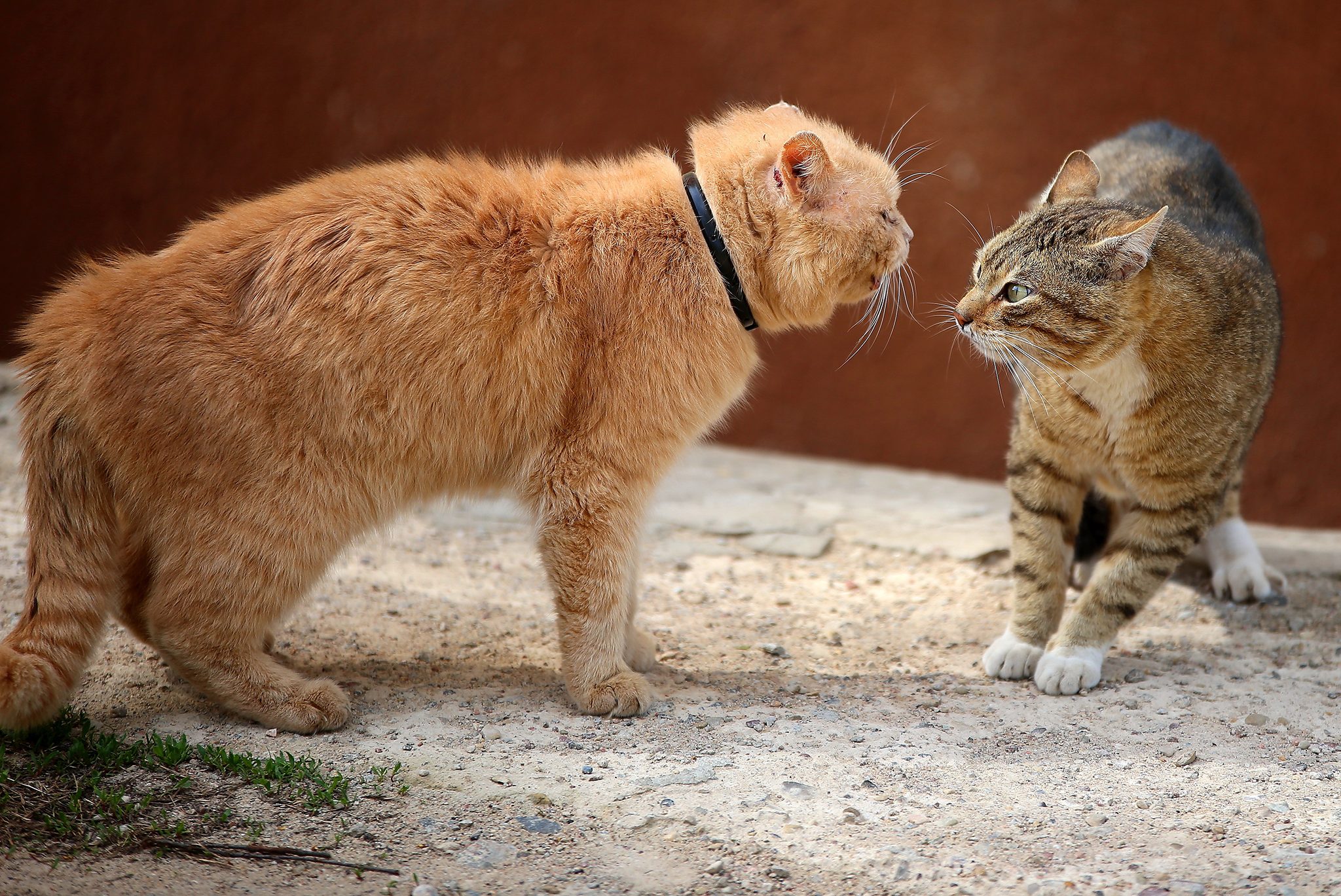 My Cat is a Jerk!

We are a multi-cat household, and one of the cats is bullying the other animals in the house. They are generally very aggressive, to the point where the other cats fear the bullying cat and will not eat or drink when this cat is around. I love all my cats, but this can’t continue – what can I do?

While cats are not pack animals by nature, they do tend to form roles within a social grouping. One of these roles will be as the alpha male or female; one cat who believes themselves to be the leader of the group, and takes a very authoritarian attitude.

In some cases, this manifests itself in aggression. The lead cat is often extremely territorial, and may – behind your back if necessary – be extremely protective of the food and water dishes, and sometimes the litter tray. Therefore the best way to deal with this problem in the first instance is to use separate food and water trays for the problem cat. Do not feed all cats together, but rather remove the one causing the issue and feed he or she in a separate room. When they have eaten, remove the dishes and trays so that the other cats cannot approach them; if this is allowed to happen, it can trigger aggression from the dominant cat.

This should calm the worst of the problems associated with territory – anything else you will have to deal with as it happens. If you see the problem cat being unnecessarily aggressive, remove them from the situation for a ‘time out’. They should soon learn you are not on their side, and you are ultimately the dominant one in the household.

Your Dog is How Old?

6 Reasons Why Your Cat May Be Showing Attitude

5 Steps To Keep Your Pets Cozy and Healthy This Winter

How To Keep Your Pets Tick and Flea Free